Plans are underway for the return of the in-person Set The Bar Cocktail Competition, to be held Sunday, October 23, 2022 from 1 to 4pm at Ed Smith Stadium. And you'll be able to get the 411 here.

Designed to showcase the creative beverage talents behind the area’s locally-owned, independent restaurants, this year’s Set The Bar cocktail contention will highlight accomplished mixologists representing establishments from the northern tip of Anna Maria Island to the southern shores of Venice Beach. “The Best” libations will be decided by an expert panel as well as  event attendees who will be tasked with sampling and savoring the contenders' creations before judging the competitors on Flavor, Appearance, Bartender Presentation and Imagination.

In addition to exclusive access to the most skilled beverage innovators in Sarasota and Manatee Counties, guests at Set The Bar will enjoy live entertainment, a chance drawing, and light bites presented by fellow Sarasota-Manatee Originals’ Member Restaurants.

Like the Chefs in the kitchen, our local bartenders are an integral part of today’s service industry, playing a vital role in creating an exciting atmosphere and enjoyable guest experience. We can’t wait to shine the well-deserved light on them.


Tickets Are Now On Sale

Tickets for Set The Bar are now available for $75 per person. Space is limited so there is no guarantee that tickets will be avaiable "at the door."

NOTE: This event is 21 and up only and proof of age will be required for all ticket holders (NO exceptions, this applies to children and infants as well.)

Sarasota-Manatee Originals is proud to partner with Children First to host Set the Bar 2022. Event proceeds benefit Children First, whose mission is to strengthen children and families by improving the quality of their lives through a comprehensive approach to development, education, health, and well-being. Founded in 1961 Children FIrst is ranked in the top 1% out of over 1,800 Head Starts nationwide.

At 15 sites throughout our Suncoast, Children First offers full-day preschool, infant and toddler care, and nutrition and health care assistance to children ages birth to five years old from low-income families. Through Children First, the children receive the social and cognitive skills needed to enter kindergarten and elementary school on track. Parents also receive the support necessary to achieve self-sufficiency and success.

“The Best” libations will be decided by an expert panel of judges as well as event attendees who will be tasked with sampling and savoring each creative concoction before judging the competitors on Flavor, Appearance, Bartender Presentation and Imagination. You be the judge!

Guests at Set The Bar will enjoy complimentary light bites provided by several Sarasota-Manatee Originals Member Restaurants during the event including:

The Set the Bar expert panel of judges is responsible for selecting the top cocktail in each spirit category. 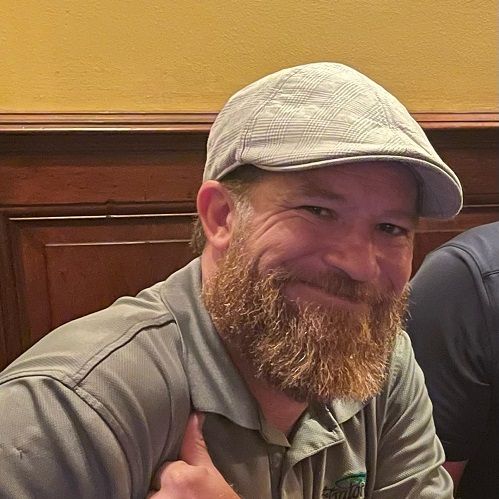 A returning Set The Bar Judge, Josh is General Manager of The Gator Club & Co-Founder of the Sarasota Whiskey Society. 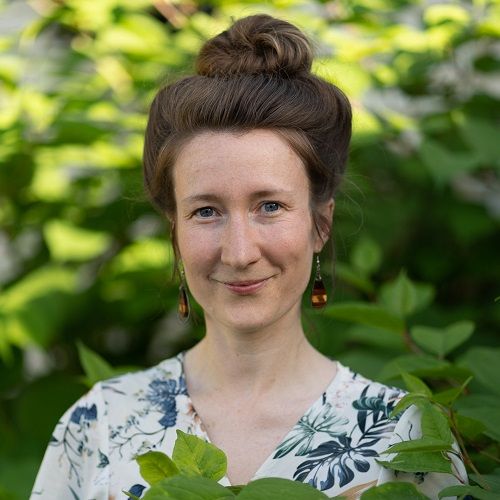 Emma is a clinical herbalist and product consultant from Burlington, Vermont, who is fascinated by the bar as a modern stronghold of the herbal apothecary. She has years of experience in craft cocktail bartending, hosts wellness events with herbal mocktails, and co-teaches a class series on herbal libations called "Transcendental Inebriation: The Magic of Herbs in Booze." 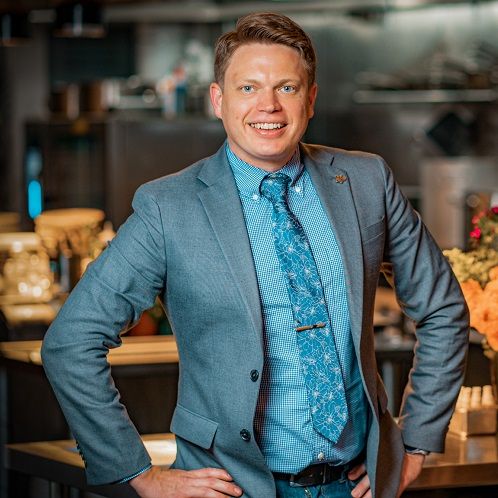 "I've lived in Florida most of his life, been in bars and restaurants the majority of my life - from dive bars to Relais & Chateaux properties. My passion is the beverage industry creating fun beverages to elevate any situation. I am sommelier, spirits expert and cocktail historian." A true professional, Topher is the Beverage Director at Meliora. We are delighted to welcome Topher back to our Set The Bar judging panel of experts! 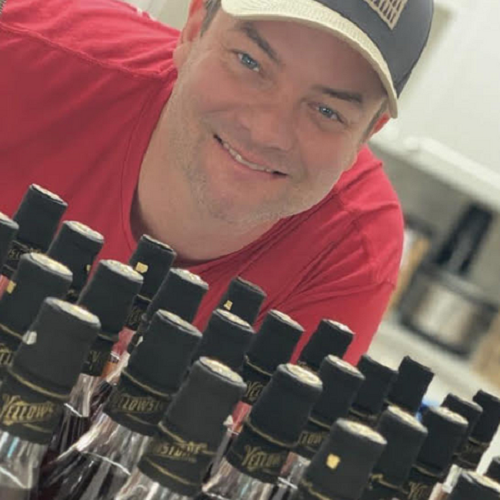 Broc has owned and operated Liquor Locker since 2010, and opened Dive Wine & Spirits in 2021. 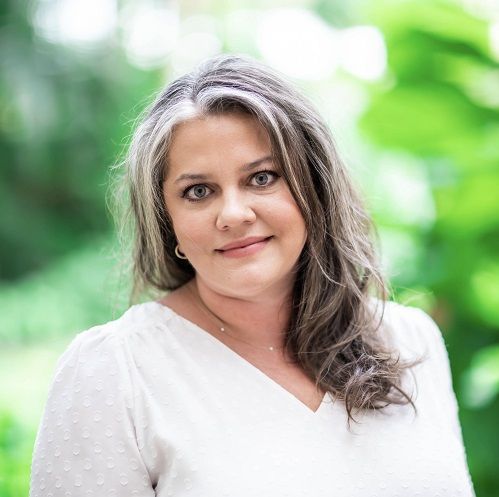 Lauren is the Eat & Drink Editor for Sarasota Magazine. After earning her culinary degree from Johnson & Wales University she studied Food Science and Human Nutrition at the University of Florida. From there she traveled to North Dakota to help build a comprehensive wine program at the area’s foremost craft cocktail bar. Having worked in hospitality for 20 years, Lauren is well versed in what makes great food great, and fabulous drinks even better. 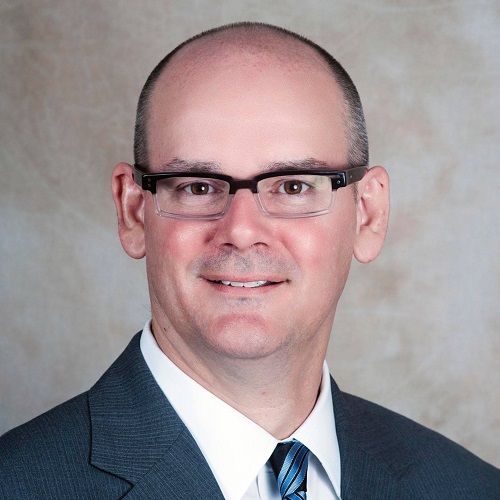 Turner C. Moore is a whiskey enthusiast who has attended whiskey tastings and festivals across the country, including New York and Los Angeles WhiskyFest, the Scotch Malt Whisky Society Extravaganza, the Nth Universal Whisky Experience, the Whisky Jewbilee, Whisky Live, World Whisky Conference, Whiskies of the World, Whiskey and Barrel Nite, and the Kentucky Bourbon Ball. He has visited dozens of distilleries in the U.S., Caribbean, Scotland and Ireland, and in 2012 completed the Bruichladdich Whisky Academy on the Isle of Islay, working for a week in each area of the distillery. He earned a Certificate with Distinction from the Whisky Training Centre in Edinburgh.

In 2012 he created the Whiskey Obsession Festival which quickly became one of the largest events in the country, attracting distillers and industry professionals from around the world along with thousands of participants eager to learn about their favorite spirits. He also leads whiskey tastings on a regular basis at private clubs, fine dining restaurants and wine cellars, bars, retirement communities, charity events, and private homes. 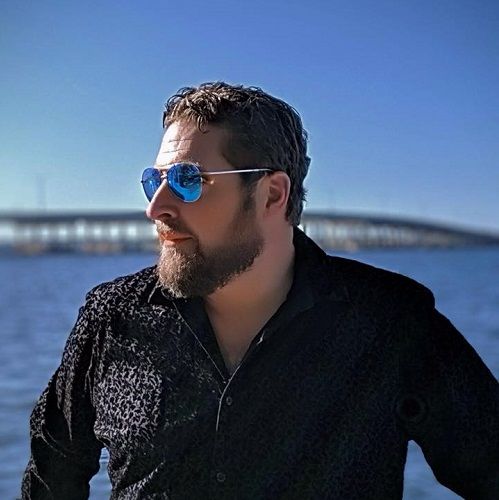 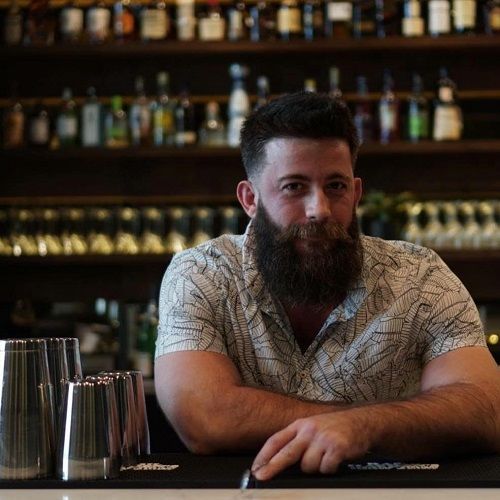 Rob Boyland comes from a career behind the bar. He has worked with and for a number of restaurants and bars in Sarasota and around the Tampa Bay Area. He’s also participated in and judged Set the Bar in previous years.

Rob jumped to the other side of the bar and is now the Florida Market Manager for Cathead Distillery. Hitting it from all angles, this judge is sure to bring some fun to the table! 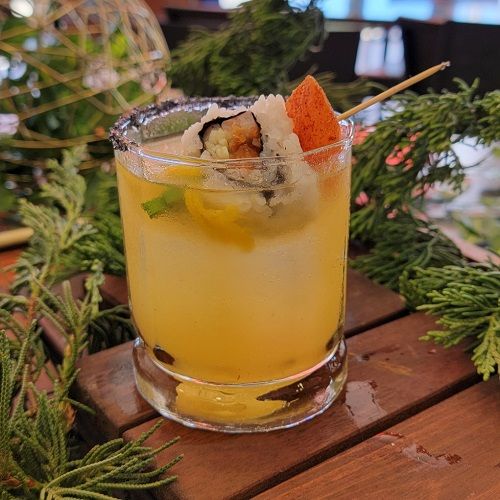 The Winner of The Best Overall Cocktail Award for 2022, selected through the People's Choice Voting is Tsunami Sushi & Hibachi Grill! 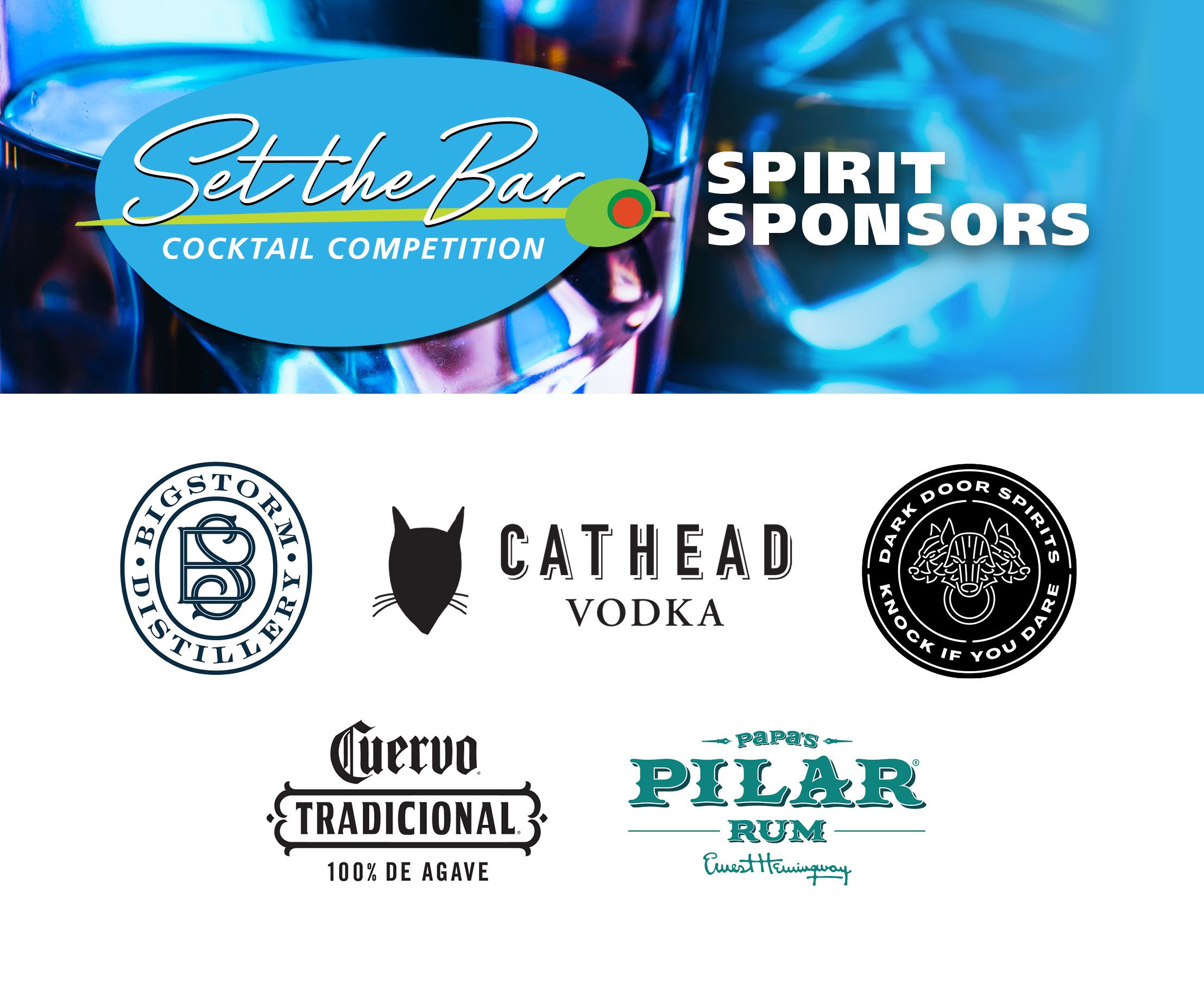 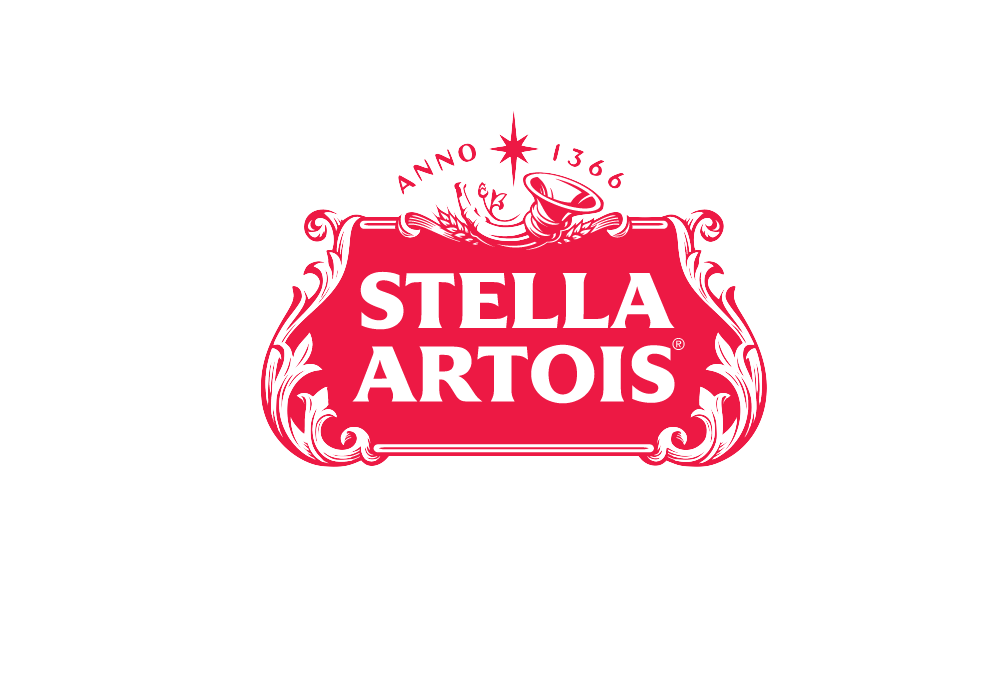 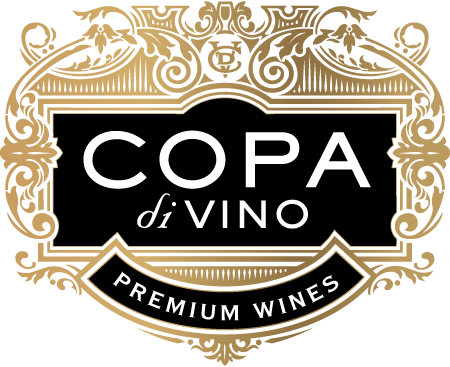 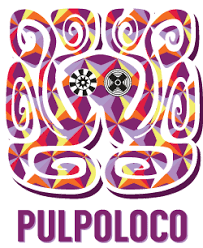 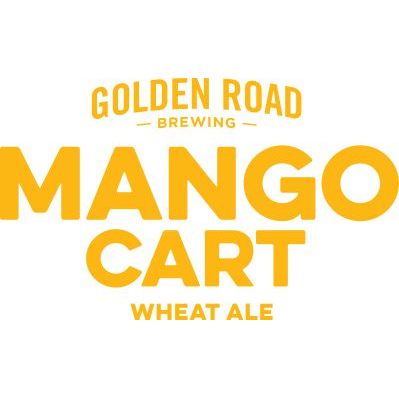 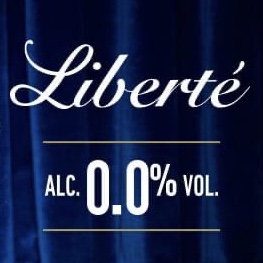 SPECIAL THANKS TO OUR EVENT SPONSORS 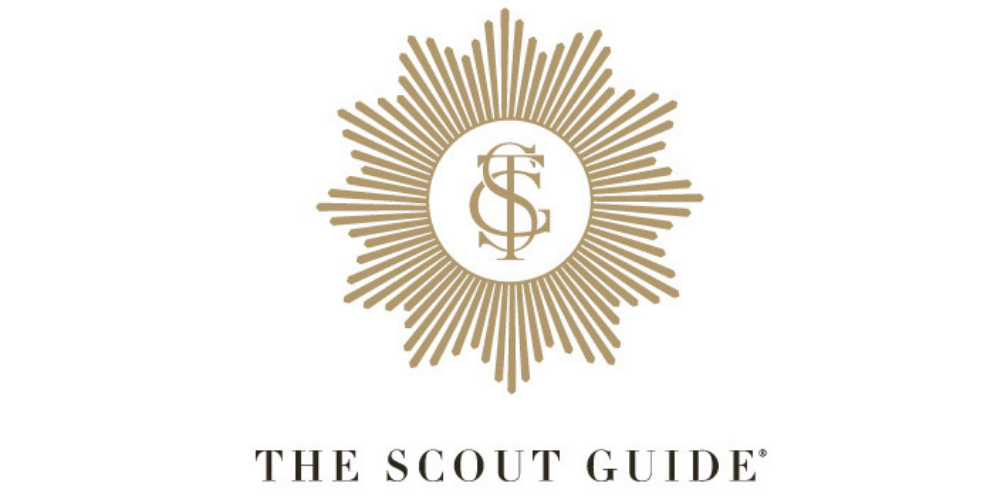 Interested in becoming a Set the Bar sponsor?  Contact Kim at (941) 365-2800 or This email address is being protected from spambots. You need JavaScript enabled to view it. to learn more about the available opportunities.

Get social with the Sarasota-Manatee Originals and use the hashtags below to share your photos and experiences during Set the Bar!

Is there an age restriction for those attending the Set the Bar Cocktail Competition event?

Guests must be 21 and up to attend. Those under 21 will NOT be permitted entry to the event (this includes infants and children as well.) Photo identification for proof of age will be requested of ALL GUESTS upon arrival to the event.

How can I buy tickets?

A limited number of Early Bird Set The Bar tickets will be available via SquadUp on Tuesday August 23 at 9am for $65 each. Once those are sold, regular price tickets will be offered at $75 per person.

Please subscribe here or check this page for updates.

This event is 21 and up only and proof of age will be required for all ticket holders (NO exceptions, this applies to children and infants as well.)

Is there a limit on the number of tickets I can purchase?

No, you may purchase as many tickets as you would like! Please note, your guests will be asked to provide photo ID (to verify their age) before being admitted to the event.

Is there a discounted ticket for those not partaking in the cocktail samplings?

There is one ticket type available for the Set the Bar Cocktail Competition, which is the General Admission ticket. No additional ticket types will be avaialble.

Do I need to bring my tickets to the Set the Bar Cocktail Competition?
Please bring your tickets in either printed or mobile format. If you have misplaced your event tickets, please e-mail This email address is being protected from spambots. You need JavaScript enabled to view it. to request new copies. Set the Bar guests must be 21 and up. Those under 21 will not be permitted entry to the event (this includes infants and children as well.) Photo identification will be requested of EVERY guest upon arrival to the event.
Will I be able to sample each of the cocktails in the competition?

Yes! All guests will be able to sample each of the cocktails submitted into the competition and will have the opportunity to vote for the "People's Choice" winner! Guests will receive a "Sip Card" to be punched at each Cocktail station to ensure that each drink is sampled only once. Each cocktail sample is 1oz in size.

Will food be served at the event?

Complimentary light bites will be provided by several Sarasota-Manatee Originals restaurant members during the event. For many people, it might makes sense to eat a meal before you come to the event.

What is the parking situation at Ed Smith Stadium?

We encourage all event attendees who intend to sample the cocktail offerings to use ride sharing services (such as Uber or Lyft) or travel with a designated driver! The use of ride share services will expedite the arrival experience. For those planning to drive, parking is available in Ed Smith Stadium's East Lot, at the corner of 12th Street and North Tuttle Avenue.

What should I wear?

The suggested attire is comfortable and casual.

How does the voting work?

“The Best” libations will be decided by an expert panel of judges as well as event attendees who will be tasked with sampling and savoring each creative concoction before judging the competitors on Flavor, Appearance, Bartender Presentation and Imagination.

Each guest will vote for his or her favorite bartender and cocktail by "tipping" them during the event. The top cocktails and bartenders will be announced at the end of the event!

Set the Bar is a rain or shine event.

Can I purchase tickets through a third-party seller?

To have 100% confidence in the validity of your ticket purchase, you should only purchase your tickets through the Squad Up ticket system. The validity of tickets purchased through other websites or resellers cannot be verified by The Sarasota-Manatee Originals prior to event day.

Will there be seating at the event?

Several areas offer shaded picnic-style seating for guests to utilize. The event is a cocktail style, grazing event where guests will be visiting stations to sample cocktails and hors d'oeuvres. The event is handicap accessible. This event takes place outdoors so there is no air-conditioned areas.

How do I stay up to date on Set the Bar announcements?

Follow our SET THE BAR Event page on Facebook for any announcements. Updates will be posted as new information becomes available.

VISIT THE SET THE BAR FB EVENT PAGE
I have a question that wasn't answered here. Now what?

Please e-mail This email address is being protected from spambots. You need JavaScript enabled to view it. with any remaining event questions.