Please contact 1812 Osprey to inquire about reservations and being placed on a waitlist for this special, ticketed event
by calling (941) 954-5400.
Enjoy Sparkling Wines from Graham Beck, of the Western Cape, South Africa
as well as Chardonnay and Pinot Noirs from Angela Estate in Willamette Valley, Oregon.
Time: 6:00PM
Price: $100 (Includes tax and gratuity)

We are excited to announce that Alban Debeaulieu, the Winemaker from Angela Estate and an alum from Domaine Drouhin will be be in attendance at the event. . You will have the option for purchase the wines at the end of the meal. The perfect oppourtunity to take home a signed bottle from the Winemaker himself! 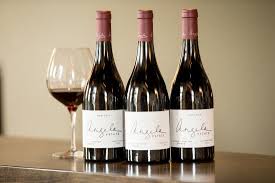 Angela Estate was founded in the Yamhill-Carlton AVA in 2006 by Antony Beck. Building on a family legacy of winegrowing that started at Graham Beck Winery in South Africa, Beck and winemaker, Alban Debeaulieu focus on making provocative, world-class wines that will endure.

Founding winemaker, Ken Wright met Antony Beck at a charity event in Lexington, Kentucky through a mutual friend, Rob Rosenstein. The auction and event were held at nearby thoroughbred horse farm (Gainesway), owned and operated by Antony and Angela Beck. The auction and the introduction were a success. The Becks and the Wrights made fast friends and a discussion about a project in Oregon was forged.

Beck had fallen in love with Pinot Noir with his South African winery, Graham Beck. Started by his father, the winery had specialized in making Pinot Noir into sparkling wine on that side of the world. He hoped to make an equally magnificent still wine on the other side. Oregon proved to be the ideal location for Beck.

Rosenstein and Beck decided to invest in a venture. “Our intention was then is as it is now: to make the best wine in Oregon, with the best fruit and the best winemaker,” said Beck. The duo purchased the land that was to become known as the Clawson Creek vineyard, located on Savannah Ridge directly beneath Abbott Claim vineyard in the Yamhill-Carlton AVA. Under the watchful eye of vineyard manager, Mark Gould and winemaker, Ken Wright, the first 21 acres were planted in 2006. The remaining 13 acres were planted in 2007. The winery was named “Angela” in honor of Beck’s wife and “Clawson Creek Vineyard” in honor of Rosenstein’s.  In 2010, the winery and the vineyard names changed exclusively to “Angela Estate.” 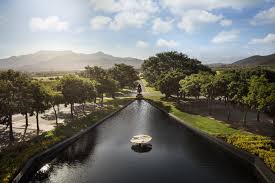 Founded in 1983, Graham Beck Wines and its Robertson estate represent the Beck Family's dedication to excellence. At its helm is Graham and Rhona's son Antony Beck, who remains deeply invested in the business and focused on maintaining the brand's global reputation for impeccable quality and constant innovation.

A selection of Beck family-owned ultra-premium still wines, namely Angela Estate and Capensis join the MCCs as part of the Beck Family Wines repertoire. This range embodies the trailblazing family's ideals, sense of heritage, and commitment to producing wines synonymous with the utmost quality and authenticity.

Angela Estate, which Antony named after his wife, is a boutique family winery in Oregon's Willamette Valley with an international pedigree specializing in estate-grown Pinot Noir. Antony and Angela's involvement in the Yamhill-Carlton AVA vineyard began in 2006 as a collaboration with legendary Oregon winemaker Ken Wright. Over the past decade, the winery has gained critical reception and increased its production. Today, Angela Estate and new winemaker Alban Debeaulieu bottle the Angela Vineyard and Abbott Claim, both single-vineyard Pinot Noirs.

Capensis, meaning "from the Cape," is a joint venture between Antony and his long time friend Barbara Banke of Jackson Family Wines. In 2014, they acquired the breathtaking Fijnbosch Estate in Stellenbosch to produce Chardonnay, one of the few noble grape varietals Antony believes capable of showcasing a great vineyard site's full potential. Under winemaker Graham Weerts' guidance, the Capensis project has helped elevate South Africa to a world-class Chardonnay producer.

Antony, Angela, and their five children Emma, William, Andrew, Henry, and Lily reside in the United States on Gainesway Farm, the family's historic 1,500-acre Thoroughbred stud located in the heart of Kentucky's Bluegrass region. As president of Gainesway, Antony oversees the breeding operations for the property that has become one of Kentucky's most acclaimed stallion stations and is the only horse farm in the world to receive accreditation as an arboretum.

One of the most fundamental cornerstones of the Graham Beck ethos has always been that of family. We continue to be inspired by the passion Graham and Rhona displayed for the community and environment. It is only fitting that the generations to follow uphold this precious tradition. An extraordinary legacy of generosity and upliftment lives on within every aspect of this pioneering business. 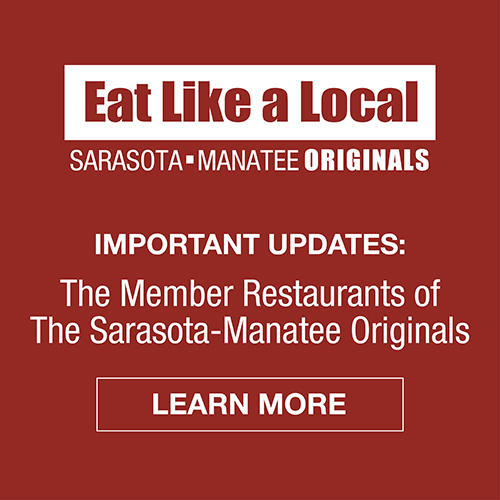