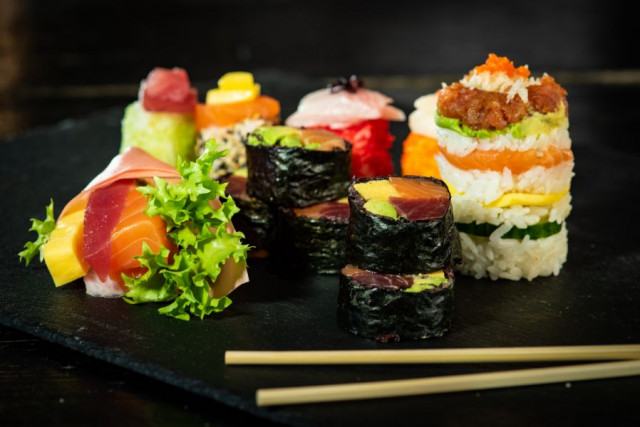 The new location will be the second for the downtown Sarasota restaurant.

A popular downtown Sarasota restaurant for sushi and other Asian cuisine plans to open a second location, this one in Manatee County.

The space was initially slated to be a Lakewood Ranch location for Irish 31, the Tampa-based restaurant and pub concept that opened a Sarasota location in 2019. Irish 31 owner Jay Mize said they pushed pause on opening any future corporate locations when the pandemic hit, now putting the finishing touches on a franchise program rollout.

Karasawa said Tsunami initially looked at opening in downtown Bradenton, with intentions of still doing so after the Lakewood Ranch location has opened, but the pandemic put that on pause as well. The Sarasota restaurant had a sizable Lakewood Ranch customer base, but the community's rapid growth made it difficult to find an available location until they found and fell in love with their current space.

"We feel like it’s a place when you drive home, on the way you can stop by and eat, chill a little bit before you go home," Karasawa said. "Even if you go home, if you want to bring your whole family out for dinner, that would be a spot for people to go have some sushi, have some cocktails, some hibachi or some Asian entrees.”

The Lakewood Ranch Tsunami's menu will be similar to the one in downtown Sarasota, which features popular sushi rolls such as the Hot Mama (tempura grouper, crab delight, avocado, tuna, cucumber, baked blue crab and baby scallops) and King Lobster (tempura king crab, avocado, cucumber, baked lobster and kani), with low-carb and vegan rolls as well. It intends to be full-liquor and offer craft cocktails, incorporating infused sake and soju.

The 3,500-square foot building will seat about 154, Karasawa said, with most of the seats indoors but space for outdoor seating as well. Other restaurants in the shopping center include Keke's Breakfast Cafe next door, Tampa-based fast-casual concept SoFresh and St. Pete-based poke bowl and sushi burrito spot Pacific Counter, plus national chains like Chipotle Mexican Grill and Starbucks.

Email entertainment reporter Jimmy Geurts at This email address is being protected from spambots. You need JavaScript enabled to view it.. Support local journalism by subscribing.