Siam Gulf sushi and Thai restaurant offers taste of tradition by Niki Kottmann for The Observer: Eat and Drink 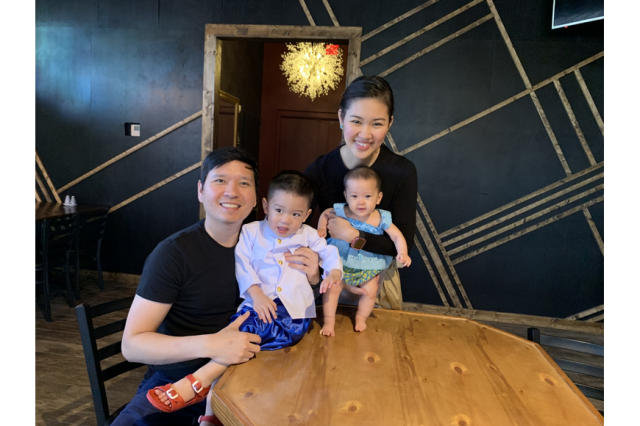 Kathy and Gwang Hansapiromchok are bringing Thailand to Sarasota with their latest business venture.by: Niki Kottmann Managing Editor of Arts and Entertainment

Family traditions aren't easy to maintain when half the family moves across the ocean. But one way to ensure a tradition will never die is through food.

Kathy and Gwang Hansapiromchok are the proud owners of Siam Gulf restaurant across from Ed Smith Stadium, and ever since opening their doors in December, they've been committed to sharing their family recipes with Sarasota.

The family-owned and run restaurant is the second for the couple, who also own Siam Thai on Manatee Avenue in Bradenton. The first eatery boasts an all-Thai menu, but Siam Gulf is both a Thai and sushi fast-casual restaurant.

"I believe we're the first and only in the county to be doing both Thai and sushi as a local restaurant — not a chain," Gwang says.

He adds that they had their eye on the Tuttle Avenue location — not too far from downtown, with plenty of parking on a big corner lot — for about a year before purchasing it in 2018. About six months of construction followed before the Dec. 2, 2018 opening.

The pair completely gutted the former breakfast/lunch spot and turned it into an ode to their Asian heritage, featuring Buddhist statues, gold detailing on the wall and an extensive sushi bar.

"We never thought we could get this spot," he says. "But she (Kathy) said, 'We've got to have this,' so she made it happen."

Kathy is a 2008 Riverview High School graduate who moved to Sarasota from Roi-et, Thailand, with her family in 2001. Gwang is a native of Bangkok who moved to Tampa to get his master's degree in business at Strayer University in 2005.

The pair met at a Thai temple in Tampa, and as soon as they decided they wanted a family together, Kathy says they started thinking of a business they could open to provide for their family.

Watching the couple's two young sons play in the restaurant in between lunch and dinner hours makes it clear that Siam Gulf truly is a family affair. Kathy and Gwang are the only full-time employees, working every day, and several other extended family members rotate between the two restaurants to help. Their children, Hunsa JK and Phaplern DJ, aren't elementary school age yet, so the restaurant serves as an alternative to day care.

Kathy says business was slow at first, but it picked up slightly around spring training, and they're hoping the upward trend will continue as the word gets out.

Gwang says the restaurant's fast and fresh style is what differentiates it from other Thai and sushi places in the area, but so far some customers have been confused by the fast-casual setup that requires quests to order at the counter rather than have a server come to their table.

"We ask ourselves, 'Are we going in the right direction, do people understand us?'" he says. "We want to be different, but people sometimes want to stick to what they know."

By different, he means the restaurant serves much more than classic Thai fare. While their authentic pad thai is still one of the most popular dishes, they also focus on family specialties that have been passed down several generations, such as papaya salad and anything with yum sauce.

By "different" he also means he wants to give people a taste of Thailand both literally and figuratively. The couple paid for a Thai muralist who goes by Pok to fly to Florida from New York to paint an authentic depiction of a scene from the "Ramayana," a religious text for both Hindus and Buddhists.

The mural is so detailed that it's the type of artwork people can only find in Thai temples, Kathy says.

"I want to give people an experience," Gwang says. "I want them to feel like they're in another country — a travel experience. Like they're not just sitting down and eating."