Representatives of the Sarasota-Manatee Originals organization recently released details on its 3rd annual signature cocktail contest Set The Bar on Friday, October 4, 2019 at the Universal Flight Training Hangar at the Sarasota-Bradenton International Airport. "The bar program is a highly integral part of the health and innovation of today's dining industry," says SMO Executive Director Sarah Firstenberger. "Like the Chefs in the kitchen, our bartenders are driving the guest experience, delighting guests with thoughtful and creative cocktails and perfect pairings. Set the Bar was created as a playful platform to showcase their enormous contributions."

"The field of competitors is fierce," says Firstenberger, "with last year's top winners The Waterfront Restaurant (People's Choice) and Duval's (Judges' Choice) returning and determined to defend their coveted designation." ​ 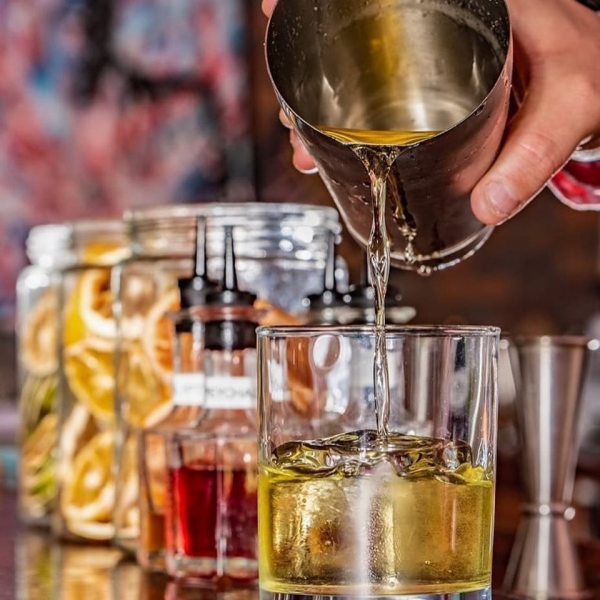 This year, the contest will feature craft concoctions blended with one of the four spirits: Plymouth Gin, Absolut Elyx Vodka, Smooth Ambler Contradiction Bourbon or Olmeca Altos Plata Tequila. "The Best" libations will then be decided by an expert panel, as well as event attendees, who will be tasked with sampling and savoring each creation before judging the competitors on "flavor, appearance, bartender presentation and imagination." In addition to the exclusive showing given by the group of skilled beverage innovators, guests of Set The Bar will also enjoy live entertainment and prizes, as well as dishes presented by three of SMO's members: Jpan Sarasota, Icon Eatery & Bar at Legacy Hotel and Eliza Ann's Coastal Kitchen. ​

The event takes placed on Friday, October 4, 2019 from 6:30 to 9:00pm at the Universal Flight Training Hangar in Sarasota-Bradenton International Airport, 8140 15th St. East, Sarasota. To host the special annual event, SMO is partnering with Child Protection Center Sarasota to whom event proceeds will benefit. Space is limited. Must be 21 years of age or older to attend this event. Tickets for the 2019 event are sold out!