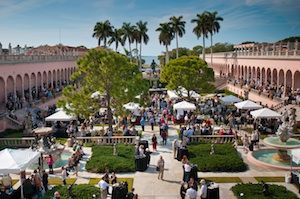 The four-day culinary and wine celebration brought together celebrated area chefs, world-renowned vintners and industry insiders. The event also raised thousands of dollars for The John & Mable Ringling Museum of Art and The American Red Cross.(Sarasota, Florida) Forks & Corks, the four-day food and wine festival presented by The Sarasota-Manatee Originals, was “a complete success,” says Kate Atkin, executive director of The Sarasota-Manatee Originals. The festival, which ran January 27-30, 2012, featured interactive food and wine seminars, vintner events at area Originals restaurants, a trade tasting for restaurants, retail and hotels, and The Grand Tasting at The John and Mable Ringling Museum of Art. Atkin says that the all-day event at the museum, The Grand Tasting, attracted more than 1,500 attendees. “We experienced the fastest sell-out ever," she says. "The Grand Tasting was sold out eight days after tickets went on sale!” The Grand Tasting featured signature dishes from over 40 Originals member restaurants, wines from more than 80 vintners, live entertainment, and a charity wine auction to benefit The American Red Cross. According to Atkin, the silent auction raised more than $6,000. The event also raised more than $25,000 for The John & Mable Ringling Museum of Art. New this year was a retail wine area where guests were able to buy bottles of wines sampled at the event"We sold more than 4,000 bottles of wine in the retail area," says Michael Klauber, co-chair of The Grand Tasting and co-proprietor of Michael’s on East. "It was so popular that we've decided to include it again next year."The festival also featured winemaker events at Originals member restaurants and two wine seminars. One seminar, presented by leading Italian vintners, showcased some of Italy's most prestigious wines. A second seminar, presented by winemakers from Oregon, California and France, explored the intricacies of Pinot Noir and Cabernet Sauvignon wines. “It was a truly inspired festival—from start to finish!” says Klauber. “Every event was sold out. It's very heartening to participate in something that works so smoothly and delights so many people.” Klauber says that a main objective of Forks & Corks is to reinforce the Sarasota-Manatee region as a significant culinary destination. “The restaurant industry is a vital part of our community’s economic make-up,” he says. “In terms of how we sell Sarasota to the world, we see our part as integral to the big picture as are our pristine beaches, wonderful climate and rich cultural amenities.” Atkin says that the event is also an important way for Originals restaurants to market themselves— especially in a tough market. “Participating restaurants almost always report increased revenues immediately following the event,” she says. “The Grand Tasting is an invaluable tool to introduce menus and services to hundreds of people who may never have stepped through their doors.” Next year’s festival is January 25-28, 2013. "We’re already getting requests from vintners to be a part of it, and from the public to purchase tickets," Atkin says.
2012 FORKS & CORKS FUN FACTS
Winemaker events/dinners 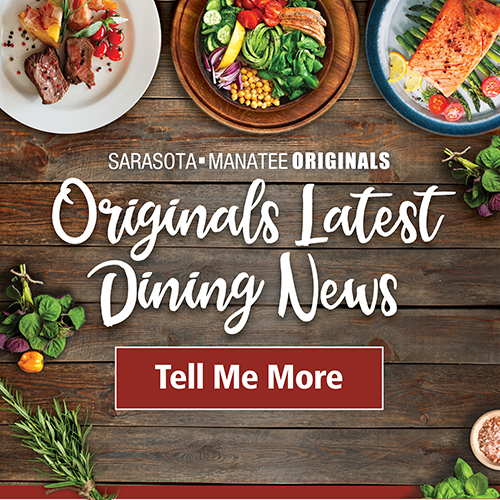